The annual planned shutdown of the Cornwall energy recovery centre is now in progress.

This is to allow for routine inspections and maintenance to take place. It is anticipated that, following this shutdown, the facility will be generating and exporting electricity to the national grid again. During the period that the turbine has not been generating electricity, the Community Trust, whose payments are usually calculated based on the amount of electricity being exported, has continued to receive equivalent payments from Cornwall Energy Recovery Limited, and so have not lost out.

Line 1 was initially shut down last week to begin the planned inspections and maintenance. Last week we also began preparing to replace the damaged section of pipework, the ‘bellows’ that connect to the turbine, by adjusting equipment and erecting scaffolding to allow access. The replacement bellows were delivered on Wednesday 20 February 2019.

Line 2 was recently shut down to begin the planned inspections and maintenance. Over the next few weeks when both lines are shut down we will also replace the damaged bellows which involves:

Once all works are completed, both lines can be re-started and re-commence processing waste. During the re-start process, low pressure steam will be released through the roof vents during this period, which may be visible.

Once the facility is operating and producing the required steam, specialist engineers from the turbine supplier will re-commission the turbine to allow electricity to be exported again.

When the turbine is restarted there is the potential for high pressure steam to be released. As such, people in the local area may see steam coming from the facility at intervals accompanied by low level noise as the steam is released. In advance of this, we will send you a further update and post an update on the news page of our website to forewarn you of the potential for some minor disturbance.

Replacing the damaged bellows is complex and precision work; as a result, the period of time when both lines are down will be longer than during a routine shutdown. There isn’t sufficient capacity in the facility’s bunker to store all of the contract waste over this period and as a result some contract waste will be diverted to landfill. We have taken steps to minimise this, including prioritising contract waste in the lead up to the shutdown and continuing to process contract waste last week when line 2 was still operating. 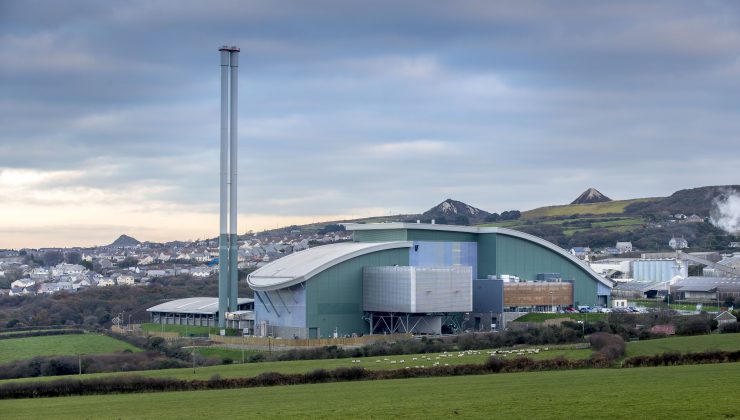